Contact:
flockofdogsgame@gmail.com
Game Description
Flock of Dogs is a fantastical road trip through the sky with co-op for 1-8 players, LOCAL and/or ONLINE. Ride flying dogs. Crew a skywhale that serves as your floating home. Most of the time, one player pilots the whale and everybody else either runs around whaleback and sprays hoses, uses the vauum turret, or does some mopping. Or they mount up on flying dogs and take to the skies to defend the whale, gather resources, and helps folks along the way to the Flying Festival at the end of the Air River. It features procedurally generated lands of floating islands as well as specific "hitchhiker" characters that have associated quests, caves with giant beasts for brave travelers to defeat, and silly minigames for dog riders to test their skills against each other. The world is inpsired by storybooks such as The Cat in the Hat, Go, Dog. Go!, and Goodnight Moon.

Each copy of Flock of Dogs comes with a "Friend Slot" that lets the game host invite one player to join online for free. Players can purchase additional Friend Slots to invite more players. This is utilizing the Photon Unity Networking plug-in. Steam Remote Play will also be supported. These online solutions, along with drop-in/drop-out, 2-players-1-keyboard, dozens of controllers supported, player-specific difficulty settings, and local multiplayer all make for a very welcoming experience for the whole family, friend group, or gathering of strangers (who are soon to become friends, I'm sure).

Platforms: PC, Mac, Linux, and possibly consoles
Early Access:  October 2021
Release: Q1 2022
Steam Page: https://store.steampowered.com/app/812380/Flock_of_Dogs/
Kickstarter: https://www.kickstarter.com/projects/maxclark/flock-of-dogs-ride-flying-dogs-with-your-friends
Bio
Hi, I'm Max, an indie dev trying to make his dreams take flight. I have a degree in physics from UC Irivine. I worked as a math-question writer for math textbooks, then as a home insurance appraiser for 6 years, then I quit to do full-time development on Flock of Dogs. I'm also into board games, soccer, Russian literature, some podcasts, and walking my dog. My dog's name is Itsa. She's an 11 year old, ex-racing Greyhound. Flock of Dogs will be my first commerical release. I began work on it after my roommate and I were very upset that Halo 5 had no local co-op, which I think is kinda funny. And so, like Kermit the frog before me, I hope to make millions of people happy. 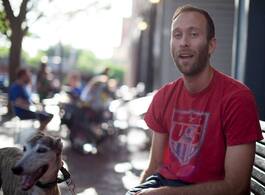 Music
Max's second cousin once removed, Hayes Holland, made one song and the rest of the tunes have been crafted by Matt Borchert, Max's step bro.
History
​The idea for Flock of Dogs began in April 2016 with the goal of creating a larger, couch co-op game that could support at least 4 players locally, preferably more. I wanted to focus on game mechanics that actually rewarded cooperation and provide an experience deeper than most local multiplayer games available. When I was a kid, I played Overboard! for the original Playstation at a friend's house. We took turns controlling the pirate ship, but I thought it would be the most amazing experience if we could have crewed the ship together. So that, plus Loves in a Dangerous Spacetime, plus Star Fox 64, plus Dr. Seuss, plus Overcooked, plus Power Rangers, were my original inspirations. Then after Sea of Thieves was announced and released, Sea of Thieves also.
Video
A 60-second gameplay trailer from April 2020:
Images 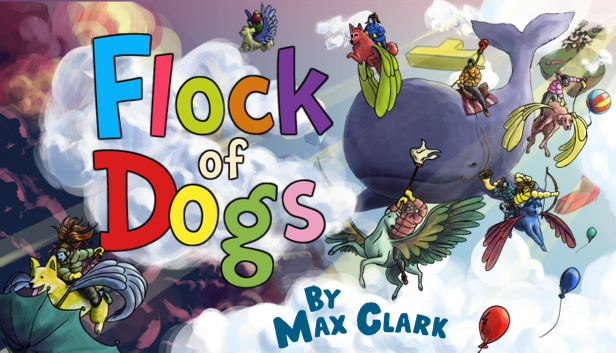 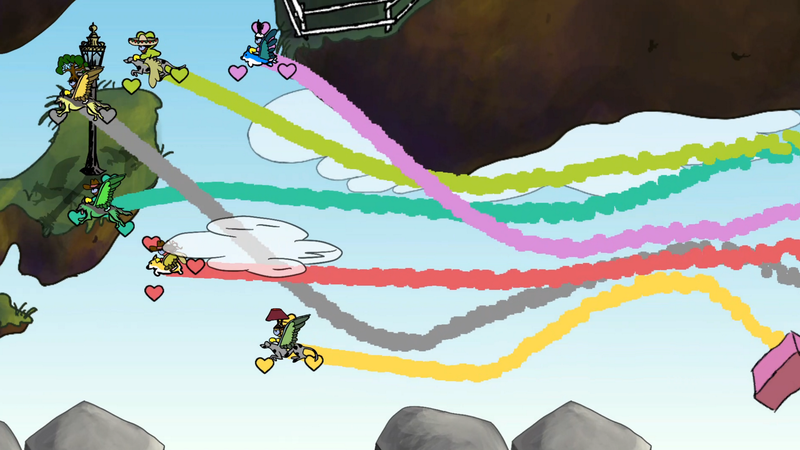 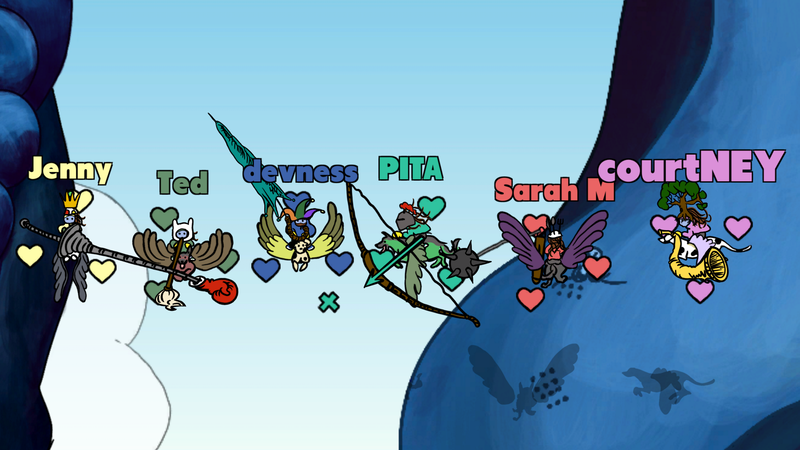 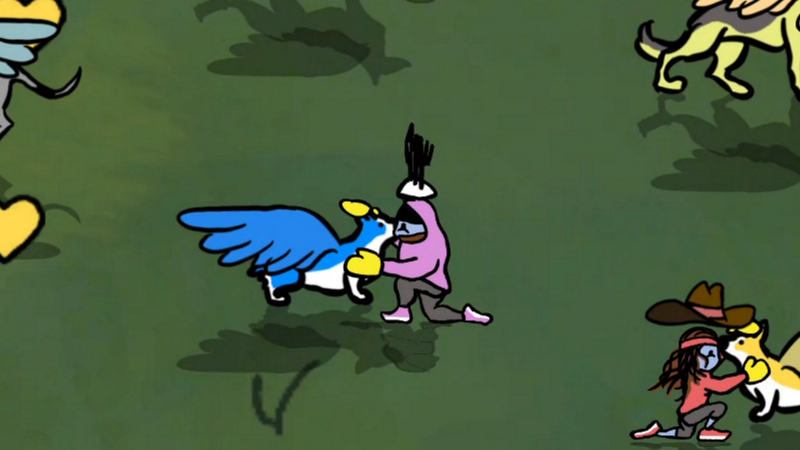 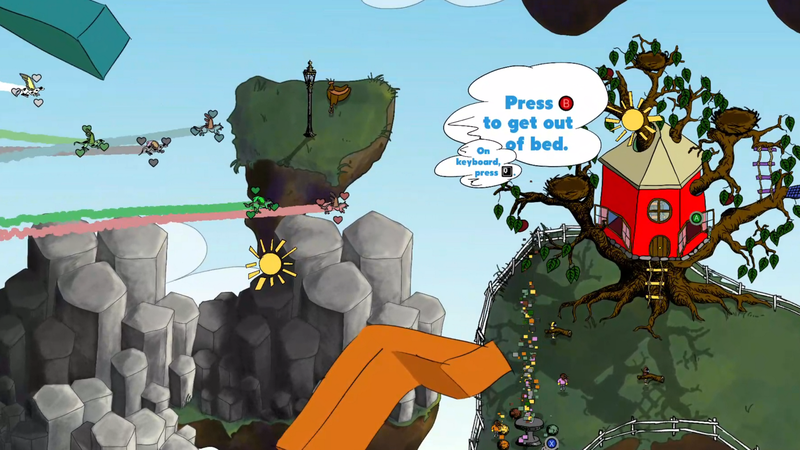 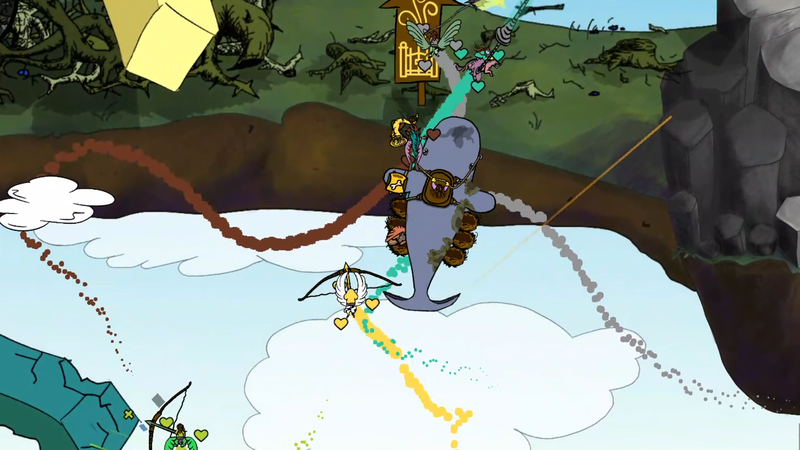 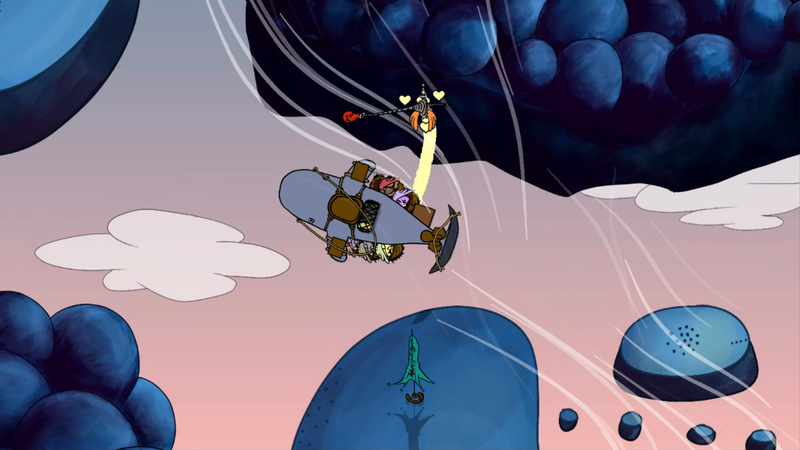 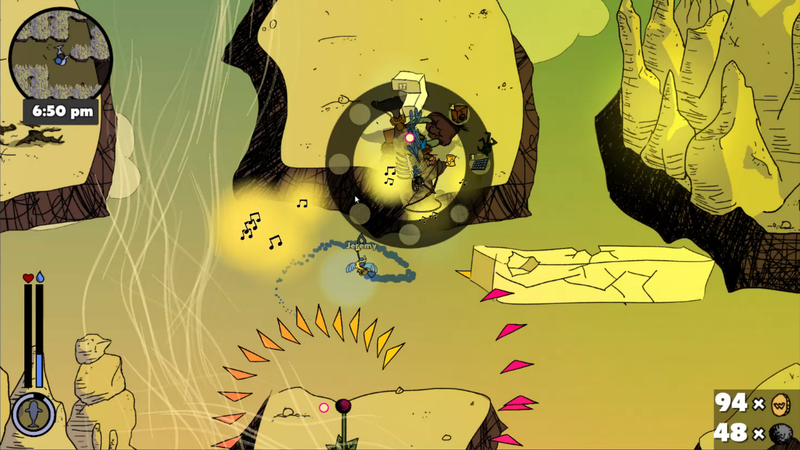 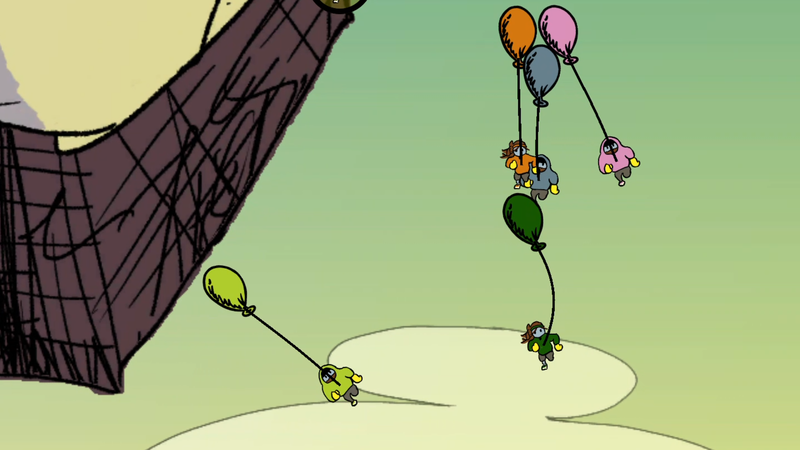 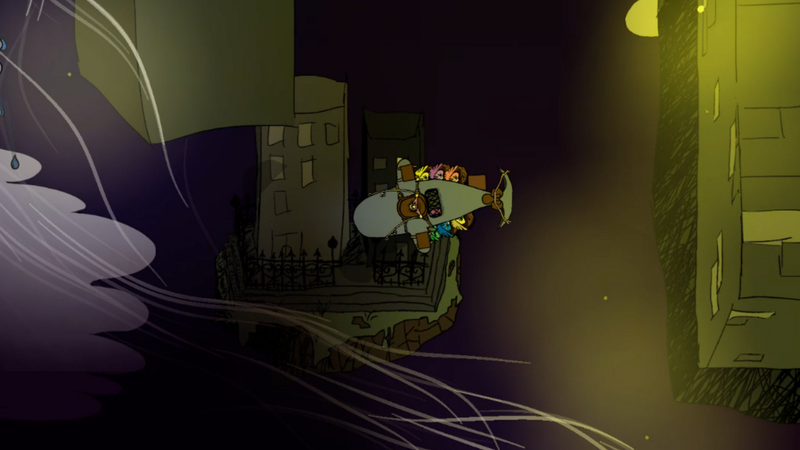 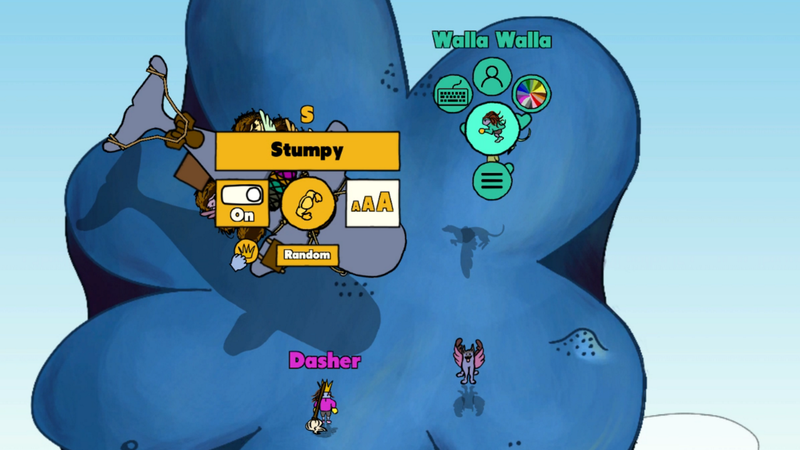 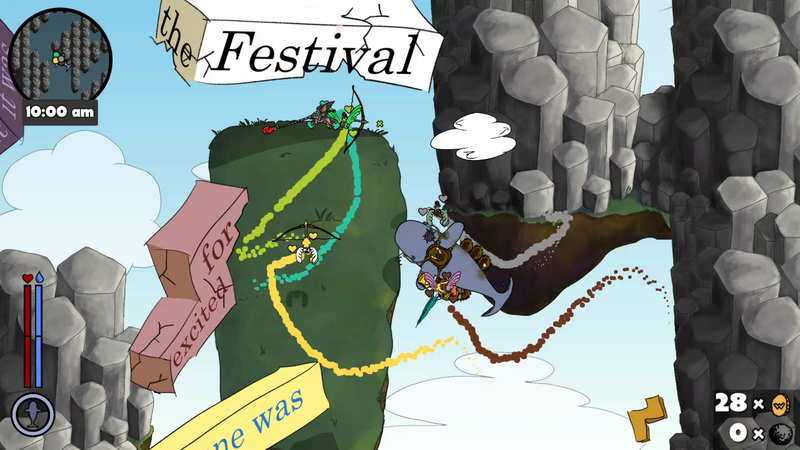 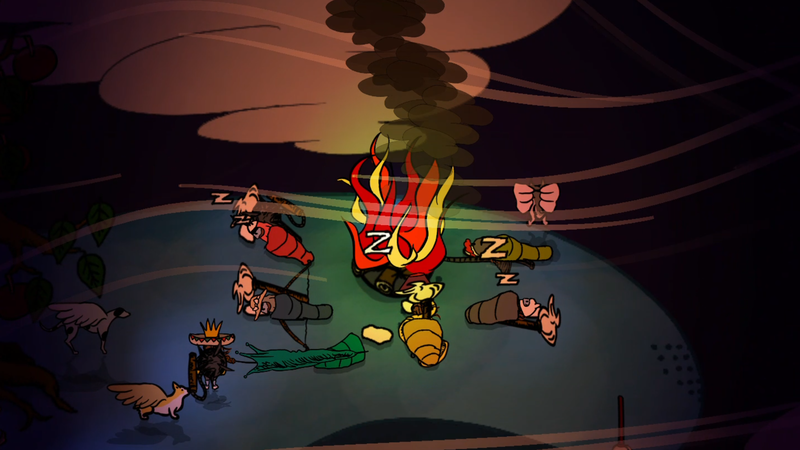 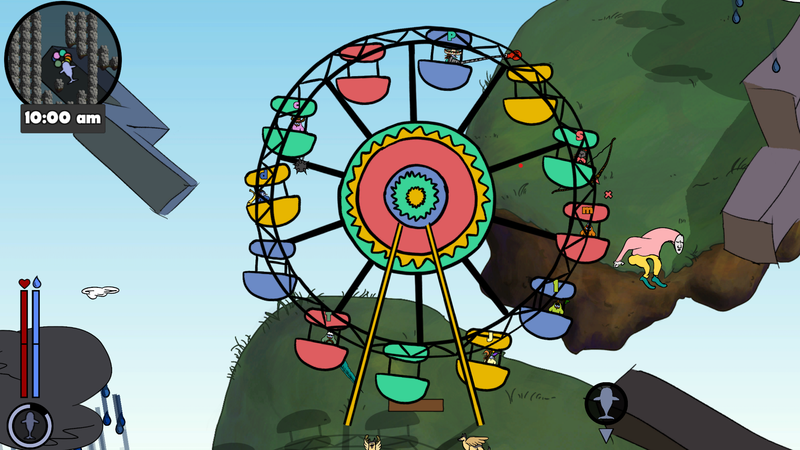 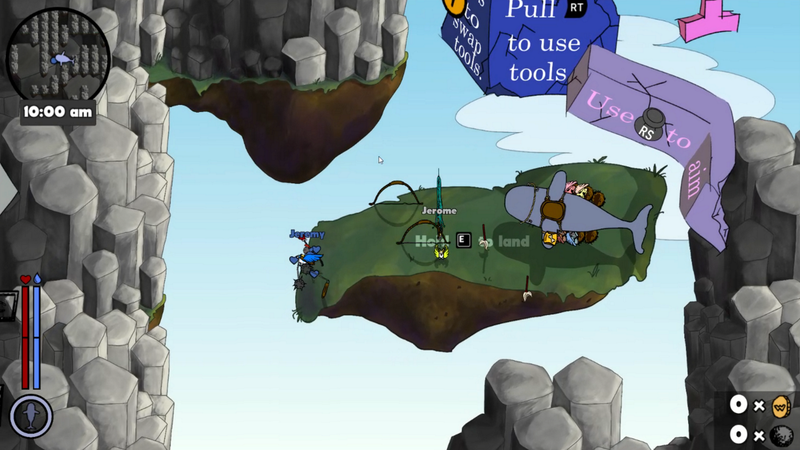 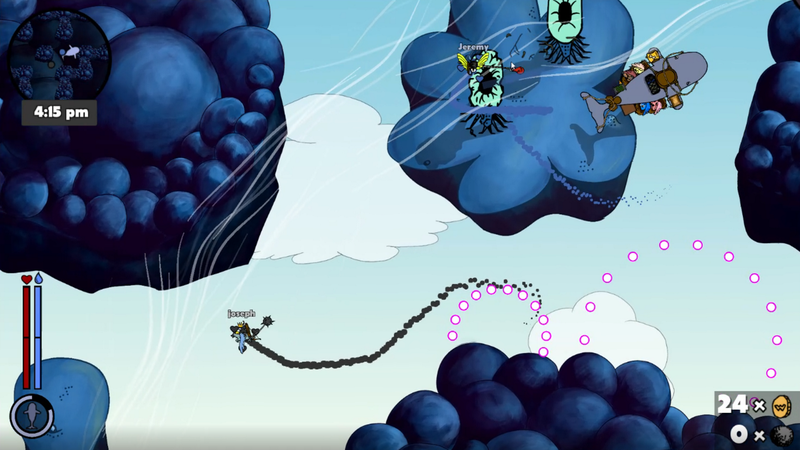 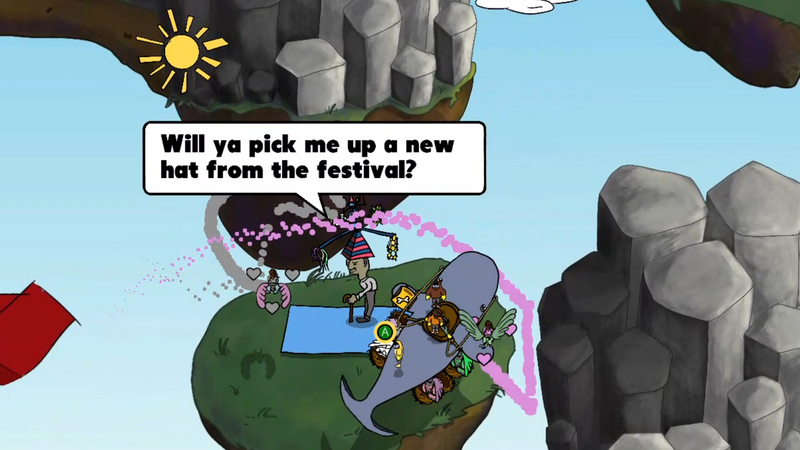 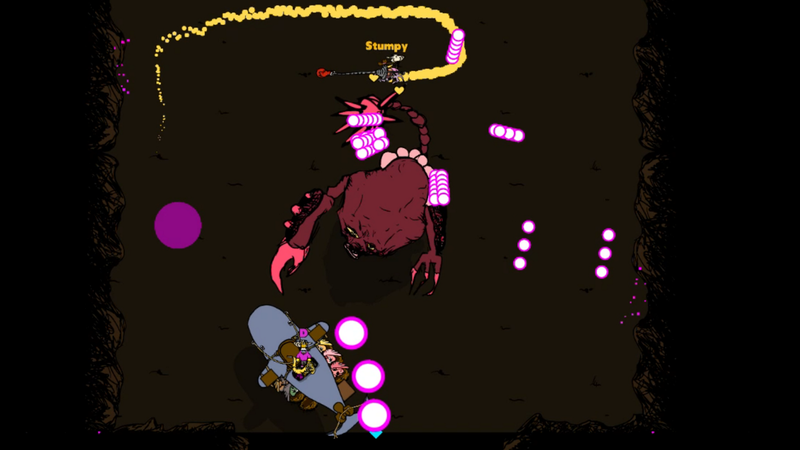 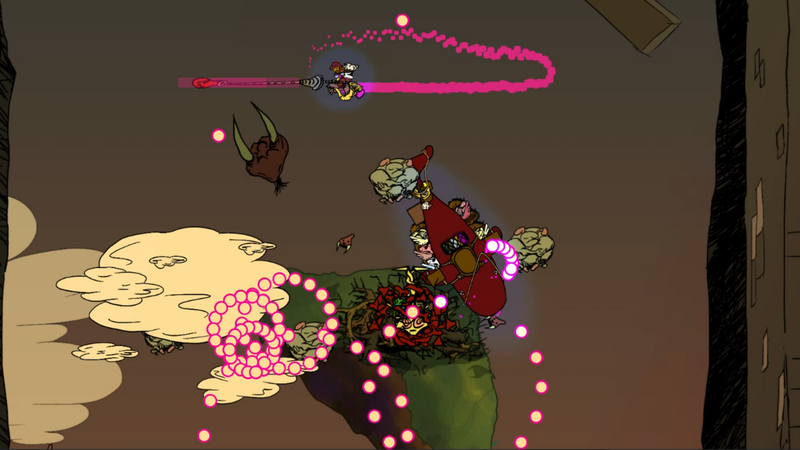 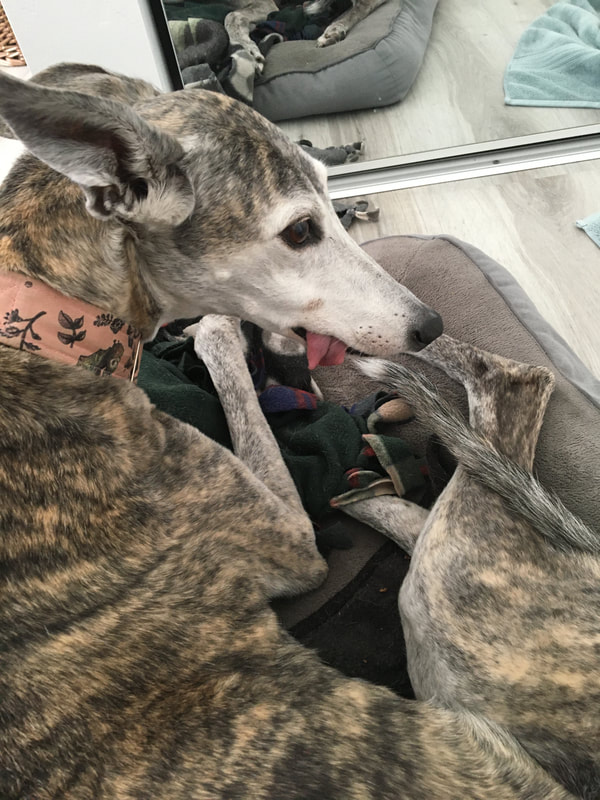 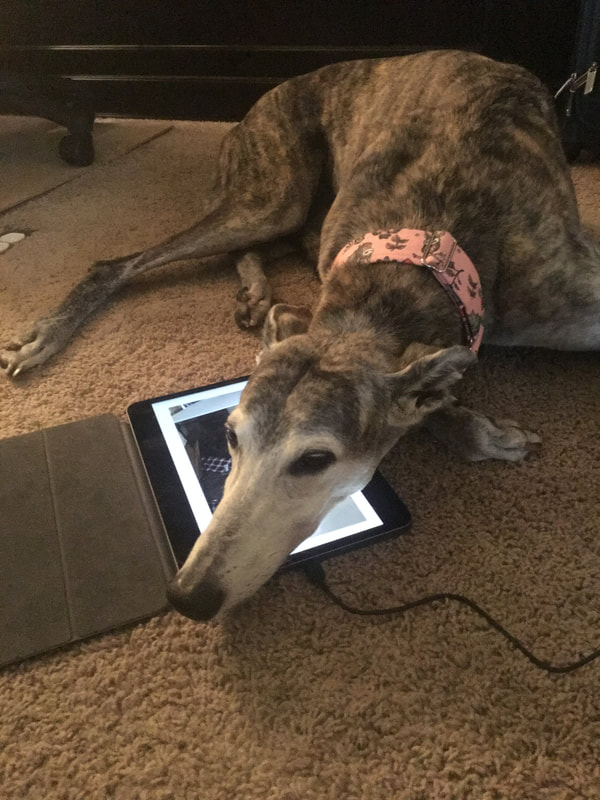 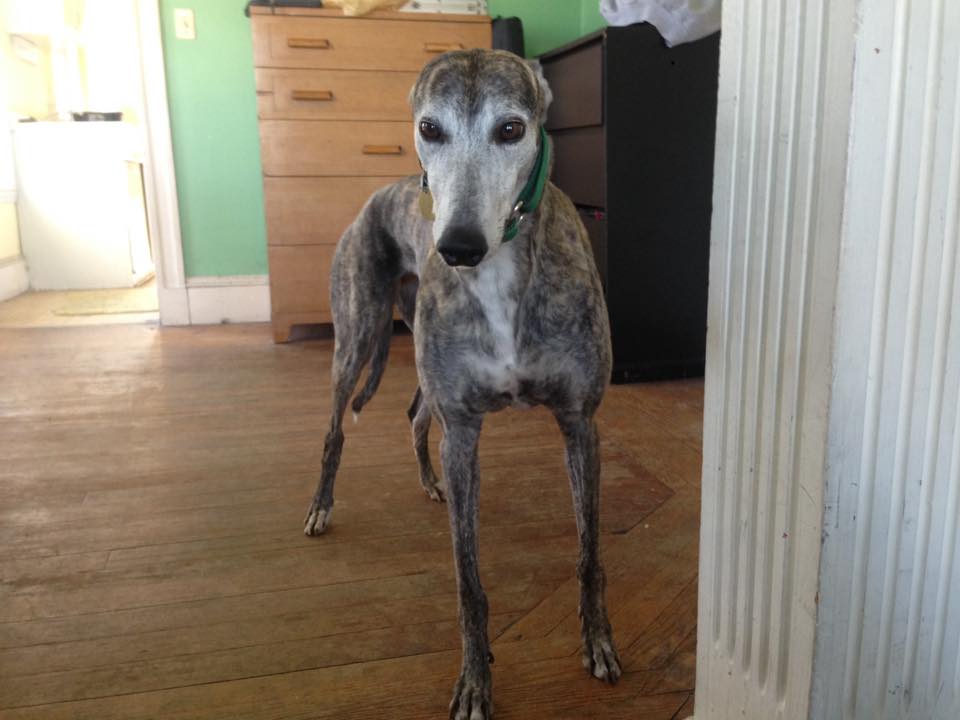 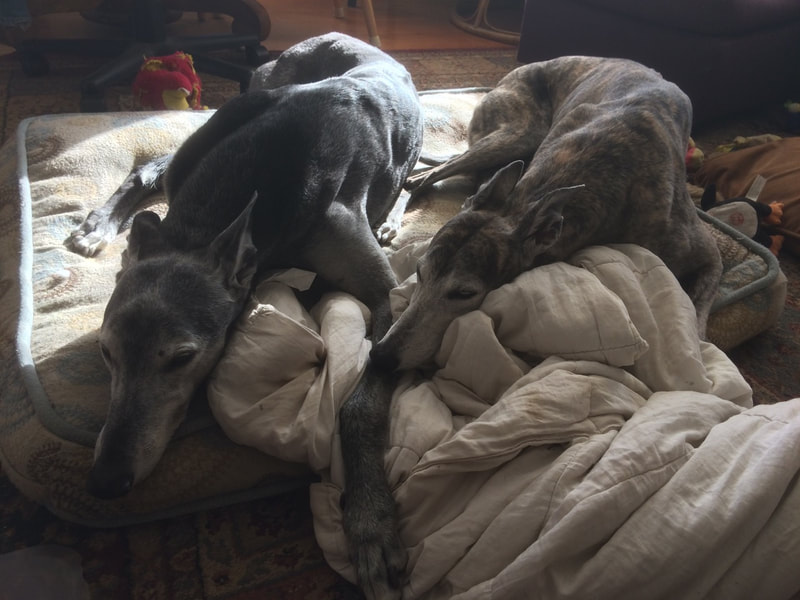 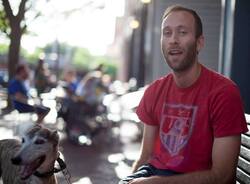 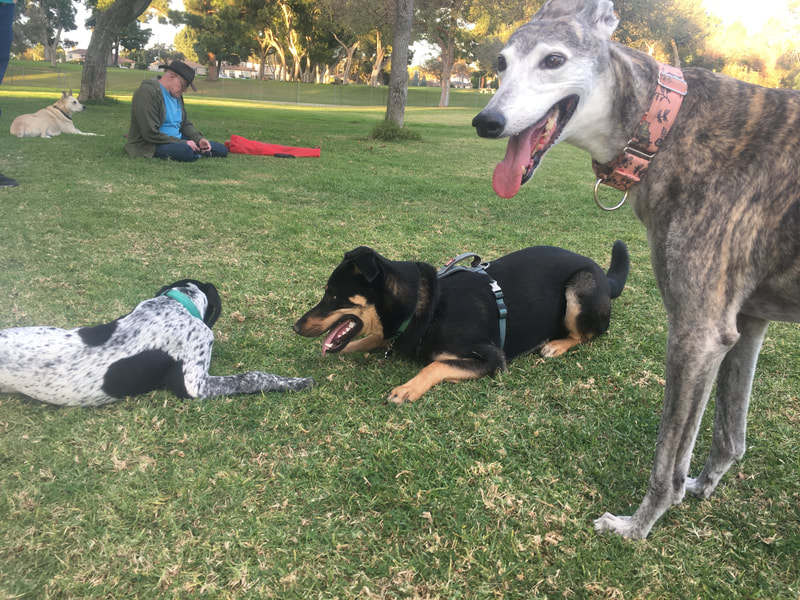 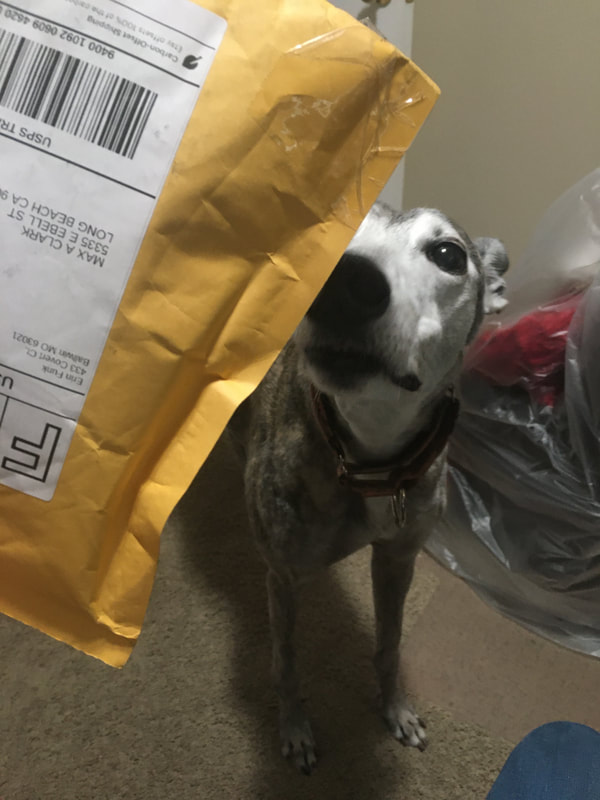 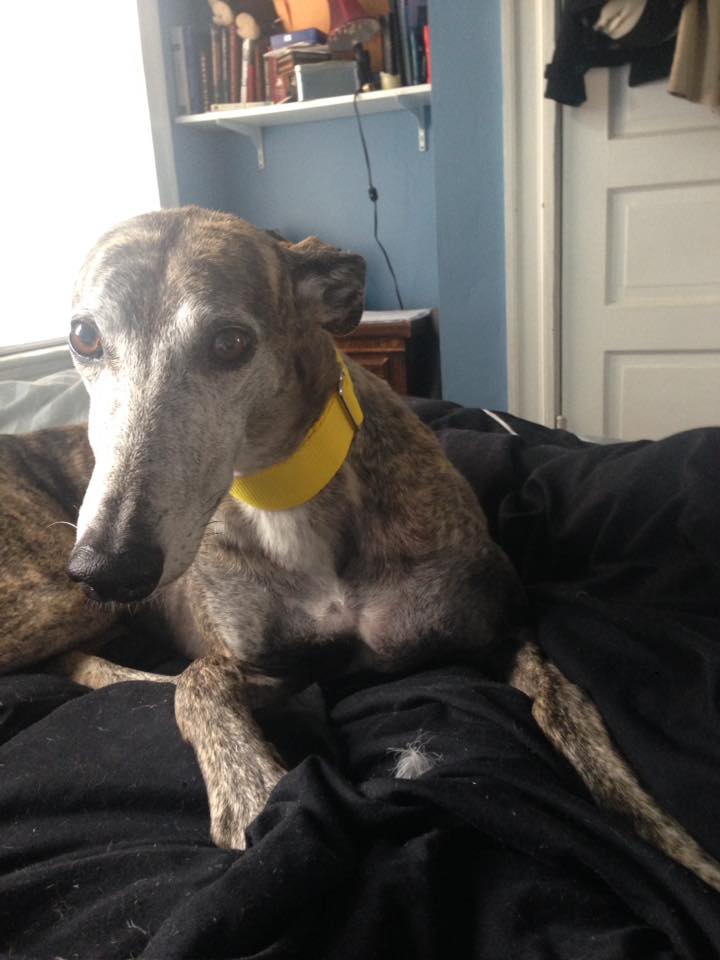 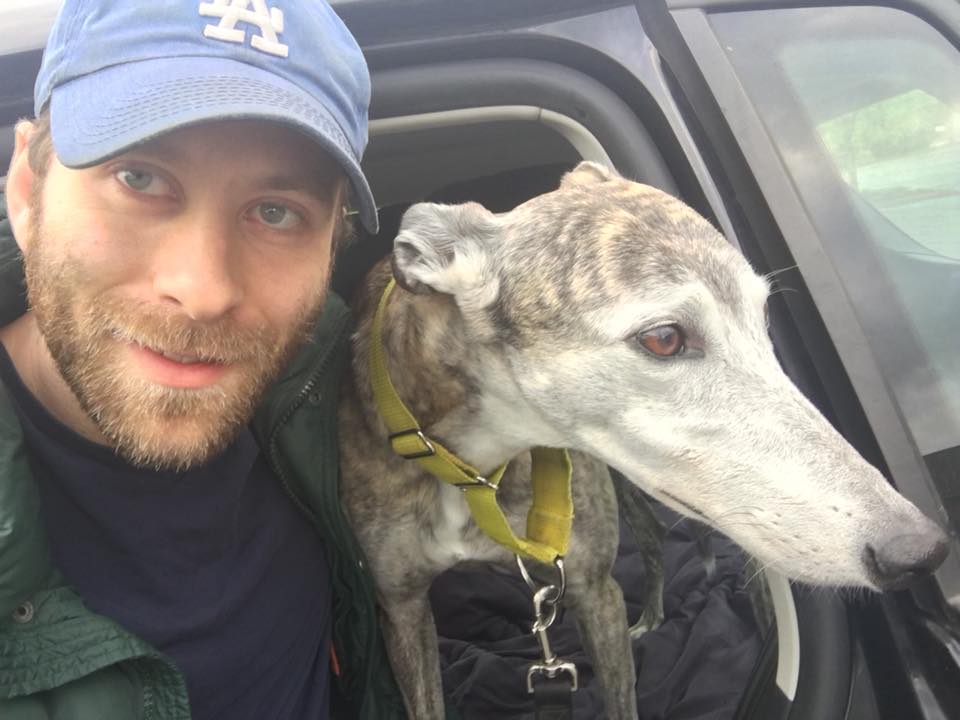 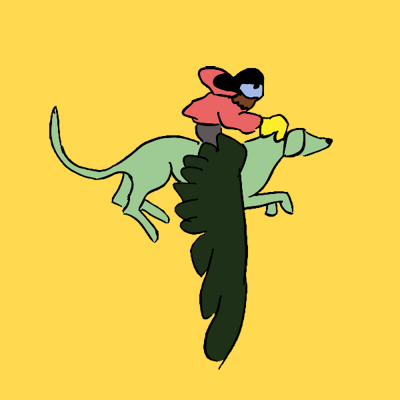